We got up bright and early to get breakfast at McDonald’s and to catch our flight to Amsterdam at Gatwick Airport. We called an Uber to the airport which turned out to be the worst Uber ride I’ve ever had.

The driver drove the whole way local saying that there’s traffic on the highway because of construction. He kept saying he’ll show us that there was traffic when we drive by the highway but we never drove by it and we were having major traffic going local too.

We got to the airpot in time, checked-in and got some food. It was a quick less than an hour flight to Amsterdam on Garuda Indonesia.

After we arrived, we struggled a bit to figure out how the train system worked to get us to Zaandam, where our Airbnb accommodation was. 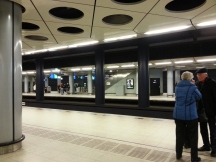 Once we got off the station we were greeted by the infamous vibrantly multi-colored buildings of Amsterdam. 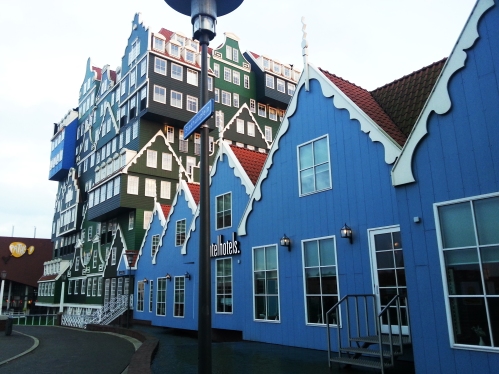 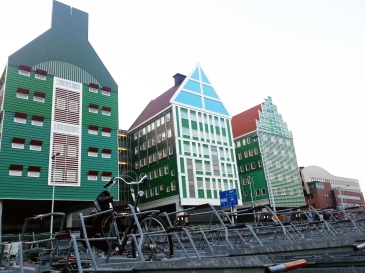 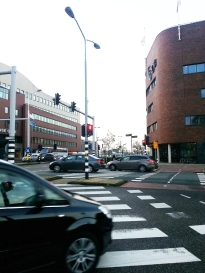 Even though the temperature was super cold, the walk to where we were staying was scenic. Our accommodation was very homey and comfortable. The lady was very nice and welcoming too.

After resting up a bit, we took the train again to Amsterdam Centraal station to begin our adventures in Amsterdam! We grabbed dinner at Joselito, a tapas bar and it was the best decision ever. I loved the ambient lighting and the atmosphere of the whole place and how they lit every table with candles (though there were several times where I saw other people’s bottoms almost caught on fire because the space between tables were quite tight). There was a cat that roamed around the restaurant too!

After filling our stomachs, we walked through the Red Light District, several bars and pubs. We called at taxi back at the end of the night because the trains stopped running by then.